It's a Girl! First baby of 2021 born at Phelps Memorial 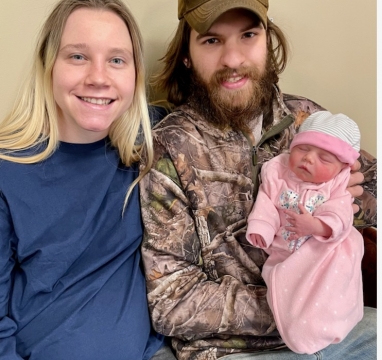 A baby girl weighing seven pounds and one ounce was the first newborn of the year delivered at Phelps Memorial Health Center.

Zayleigh’s parents, Brittany Hollister-Berry and Benson Sikes of Orleans, were surprised she was the first.

“She was born on her due date,” said Brittany, as her beautiful baby slept soundly. “It was a great experience at Phelps Memorial.”

The couple stated that “We’ve been trying for a baby for four years.” Brittany added that her middle name is in honor of Benson’s grandpa Wayne who passed away this past year.